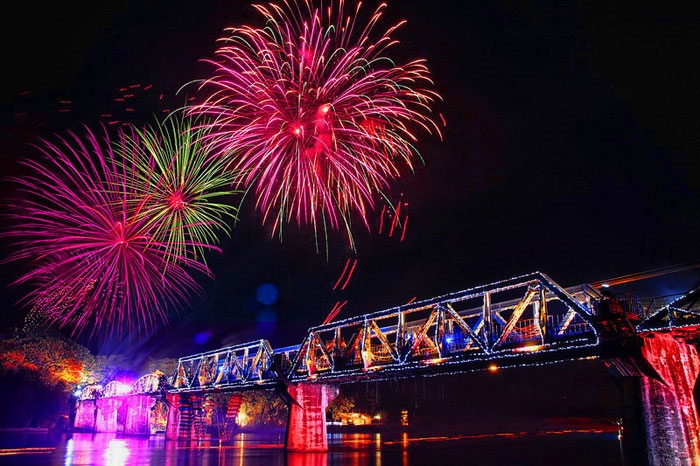 An annual event, this is a seven-day festival commemorating the destruction of the bridge over the River Khwae. Thousands of visitors are drawn to the festival to see a pyrotechnic show that recreates the bridge's final days. Part of the 'Death Railway', the bridge was constructed by primarily Australian Prisoners of War held by the Japanese during World War 2 and thousands of visitors come to the town during the period of the festival. It can actually get a bit difficult to find accommodation so it might be best to stay in Bangkok - a two-hour drive away - and come down for the day. Takes place late November running into December.