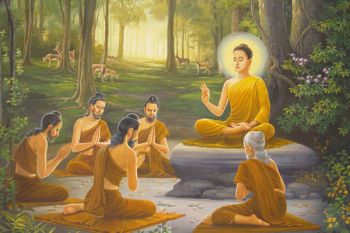 Asanha Bucha Day is held on a full moon in the eighth lunar month which usually in July.

Asanha Bucha Day is held on a full moon in the eighth lunar month which usually in July. It is known as “Dharma Day". It commemorates the first sermon of the Lord Buddha and the first monk of Buddhism. Thai Buddhists make merit and donate offering to temples and listen to sermons given by monks. In the evening they will often perform candle-lit processions (Wian-Tian), where they walk around the main chapel three times in a clockwise direction with carrying a candle, three incense sticks and lotus flowers. This day also has links to the Candle Festival as the beginning of Buddhist lent period that neat wax candles are lit and kept burning during this period. In Ubon Ratchathani province, a Candle Festival is held which there is a parade of candles that each candle is enormous and made up very elaborately and creatively in many different figures.