Looking for the best time to go to Thailand? Wherever you travel in the world, it is important to get the timing right. As far as Thailand is concerned, there are no absolute extremes. If you can avoid the rainy season (May to October), it would probably be best, but if you can't, the rain isn't permanent - it comes in bursts and cools things down after it has gone!

The weather in Thailand is reasonable most times of year, although it certainly gets hot during the summer! November through February are the coolest times of year and there is certainly less rain then than at other times in the year. However, Thailand is a big country with a diverse landscape. There is somewhere to visit whatever time of the year you visit the kingdom.

Thailand's seasons are reasonably uniform through the country, but there are some regional differences. Basically Thailand has three seasons: summer, rainy and winter. The southern part of Thailand however does not have a winter. What follows is a summary of the seasons as they impact the kingdom's various regions: 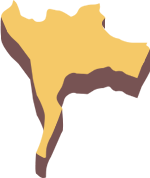 Central Thailand and the East

In central Thailand and the eastern provinces, the hot summer weather starts around March and goes on to April. In April, the extreme temperatures can go up to the 40 degrees centigrade mark. The winter months are from mid November to February. There may really be only a few days of genuinely cold weather during these months, but the period leading up to the New Year are a welcome respite from the heat throughout the rest of the year. Aside from these days, visitors from Europe still may feel the temperatures as being a bit warm during Thailand's winter, although not uncomfortably so. The rainy season kicks in around May and goes on until October. The rain is frequent and sometimes fierce. Usually rainstorms go on for around 30 minutes or so. If you're visiting the beach destinations in the east (Pattaya, Rayong, Koh Chang), the best time is from December to May.

Northern Thailand and the Northeast

Northern Thailand and the Northeast have the same basic seasons as those in the central and eastern regions. The winters are though significantly cooler. Mountainous regions can get particularly cold, on some occasions down to 0 degrees centigrade. In these parts, winter starts in November and goes on to February. Without doubt these are the best months for a visit to the North and Northeast - flowers are in bloom, it is dry and cool, and in the mountains' mists and fogs often form making what is already wonderful scenery quite exquisite. However, although hot, April is also a great month - during the Songkran Festival people will most likely throw water at you... You will be drenched so that will keep you cool!

Southern Thailand's seasons are less distinct and really there are only two proper seasons - summer and the rainy season. The Gulf of Thailand lies to the east of the Thai peninsula while the Andaman Sea lies to the west. Visiting areas west of the peninsula (Phuket, Phang Nga, Krabi) is best done between mid November and April to avoid the monsoons that occur during other months - monsoons obviously make visiting islands by boat difficult and sometimes dangerous. Clearly they are best to be avoided. Areas east of the peninsula (Koh Samui, Hat Yai) are best visited from December to June. However, visiting the Gulf of Thailand region (Pattaya, Hua Hin) is possible throughout the year but those going to this region should check the current weather situation to avoid rain. If you are planning to visit both sides of the coast during your stay in Thailand, December to April would be best.