Koh Samui The 247-square-kilometre Samui island is Surat Thani’s major tourist attraction. Located 258 nautical miles south of Bangkok, and some 84 kilometres east of the provincial capital, Koh Samui measures some 21 kilometres at its widest point, and 25 kilometres at its longest. A 51-kilometre ring and largely coastal road encircles the island, which has numerous lovely beaches and bays, and is almost literally an island of coconuts and forested hills.

Samui’s best beaches line the northern and eastern coasts, the most popular being Hat Chaweng and Hat Lamai, where generally attractive accommodation can be found. Other beaches include Hat Choeng Mon, Hat Mae Nam in the north and Hat Na Thon, the island’s major seafront settlement where shops, restaurants and tour agencies are concentrated. At the southern end of Lamai Bay are phallic rock formations called Hin Ta Hin Yai. A path connects the three waterfalls, called Namtok Hin Lat, Namtok Lat Wanon, and Namtok Na Muang, from west to south. The waterfalls are best visited during rainy season. Elephant riding is an interesting activity at the Na Muang waterfall. There are some Buddhist monuments and temples on the island: Phra Yai is a massive seated Buddha image at Fan isle; Phrathat Hin Ngu is a stupa containing the Buddha’s relics and Chedi Laem So, a golden stupa on the western coast; and Wat Khunaram houses the dead body of Luang Pho Daeng which does not decay.

Not only being one of tourist attractions in Samui, Hin Lat Waterfall is also a significant source of Samui’s water supplies. It is easily to be accessed by vehicles. There is a small car pak at the entrance of the waterfall. In order to get to the waterfall itself, you need to walk 1.5 kilometers. It takes a bit of time (30-40 minutes). With...

Lamai Beach is smaller than Chaweng Beach. It is located 10 Km south of Chaweng on the east coast. It is quieter and less bustling than the buzzing Chaweng, but still with plenty of accommodation, dining and shopping options to be found, and some great spas and tourist sites to explore. And for those who enjoy playing in the waves, there is no reef protecting this bay, so the sea is a little rougher.

Chaweng Beach is the most famous and longest beach of Koh Samui. It is located on the east side of the island. The beach is approximately 7 kilometers long, with powdery white sand and sparkling clear water. This beautiful beach is filled up with tourists swimming and sunbathing on a daily basis.

Big Buddha is one of must see places when you visit Koh Samui. This 12 meter high Buddha statue named “Phra Buddha Kodom” sits a top of a small hill. Probably it is the first thing you will see from the air when arriving at Samui Airport. Built in 1972, Big Buddha is on the site of Wat Phra Yai (Phra Yai Temple). Inside of the temple...

At Samui Aquarium you can find a marvellous collection of tropical marine life, such as sharks, turtles, tropical fish etc. and all other undersea creatures that you ever think of. In Samui Aquarium you will explore diversity kinds of fish and undersea creatures from the Gulf of Thailand, especially Koh Samui. At the Tiger Zoo zone, say hello to...

Hin Ta and Hin Yai are natural rocks shaped by wind and water for millions of years. Strangely it is now shape like human sex organs. It is located at Lamai Beach in Koh Samui. The name means grandfather and grandmother rocks in Thai. There are local tales which told once upon a time there were an elder couple, Ta Kang and Yai Riam which were Pak...

Built in 1976 by a fruit farmer “Nim Thongsuk”, Secret Buddha Garden is located in the hills of Samui Island. The garden took around 15 years to finish. It is a peace and tranquility place in the verdant jungle and rocky hills. Inside the garden is decorated with sculptures depicting both humans and deities in various poses. Getting to...

In the past, before Samui’s tourism boom, coconuts used to represent the main industry here. In the Southern Thailand provinces, monkeys work for humans in the harvesting of coconuts. Being expert climbers and having quick skills, the monkeys are great helping hands of a farmer. Samui Monkey shows are very unique and can be enjoyed at the...

Samui Snake Farm is located in the south of Koh Samui at Taling Ngam. It is a perfect place as a family attraction. There are displays of various types of snakes (more than 170 types from Thailand), centipedes and scorpions.  Watching the show is an exciting experience that you should not miss it. As part of the show, the performer grips the...

The Butterfly Garden is located in the southeast of Samui Island. With a stunning overlooking view of beautiful Natien Beach, this place presents various collections of different butterflies from Thailand and other countries. From there, you can enter the insect museum nearby. It is a Thai style house that allows the visitors to observe the...

On Koh Samui wedding ceremonies take place right there on the beach, amidst all that beauty... 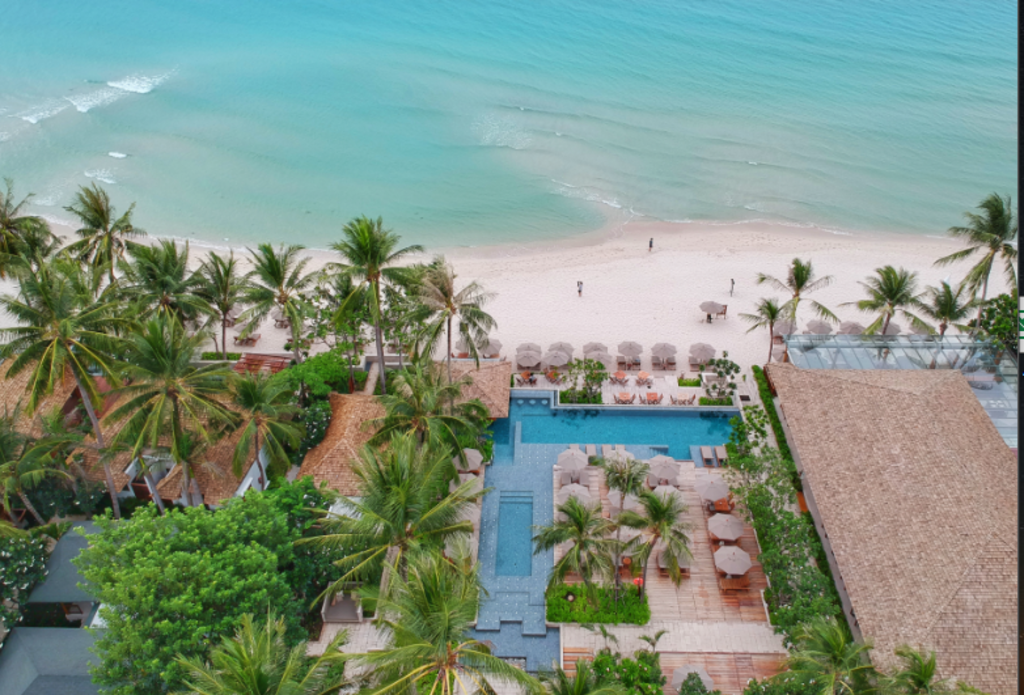 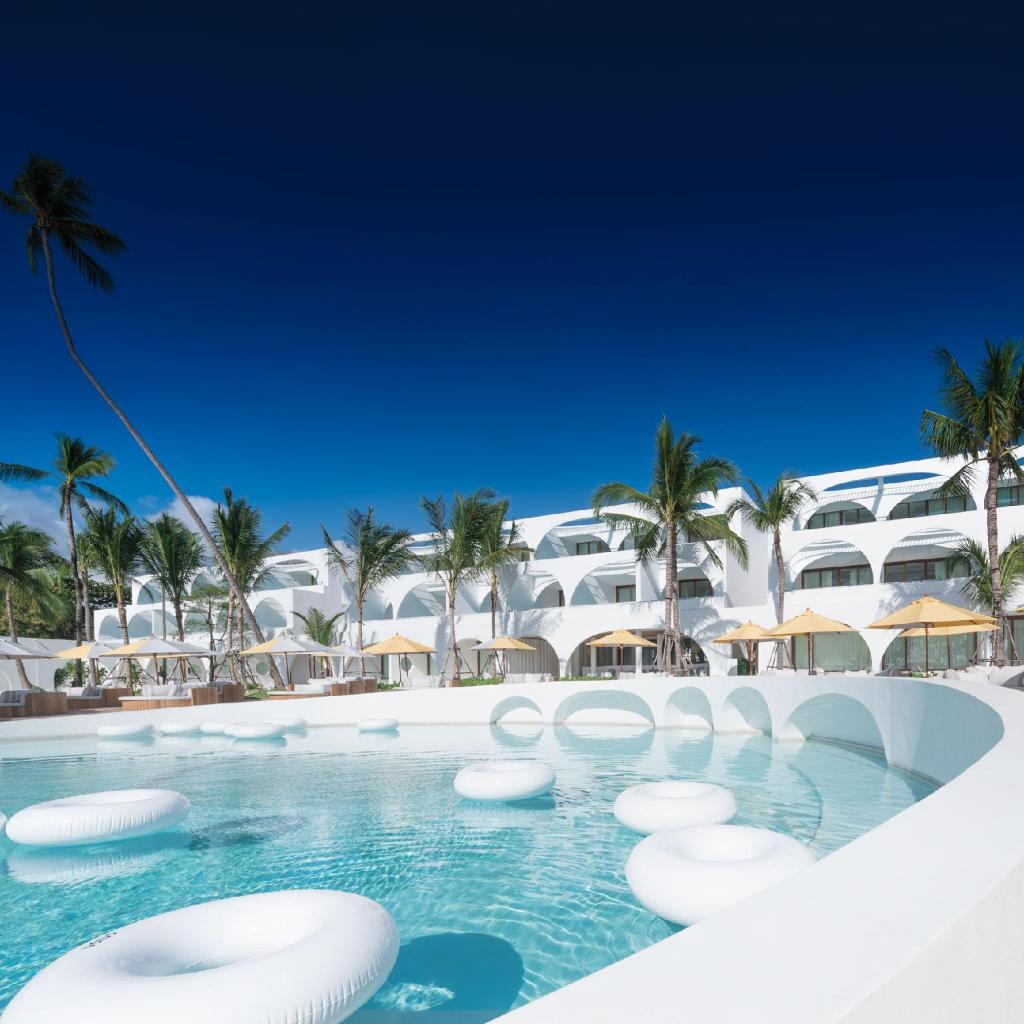 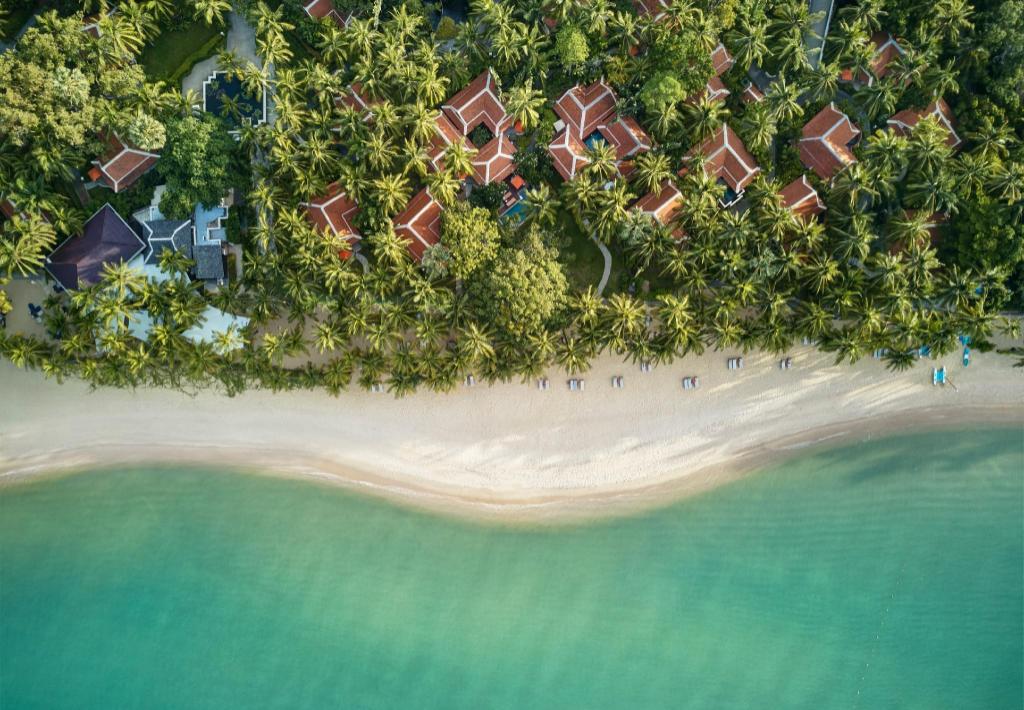 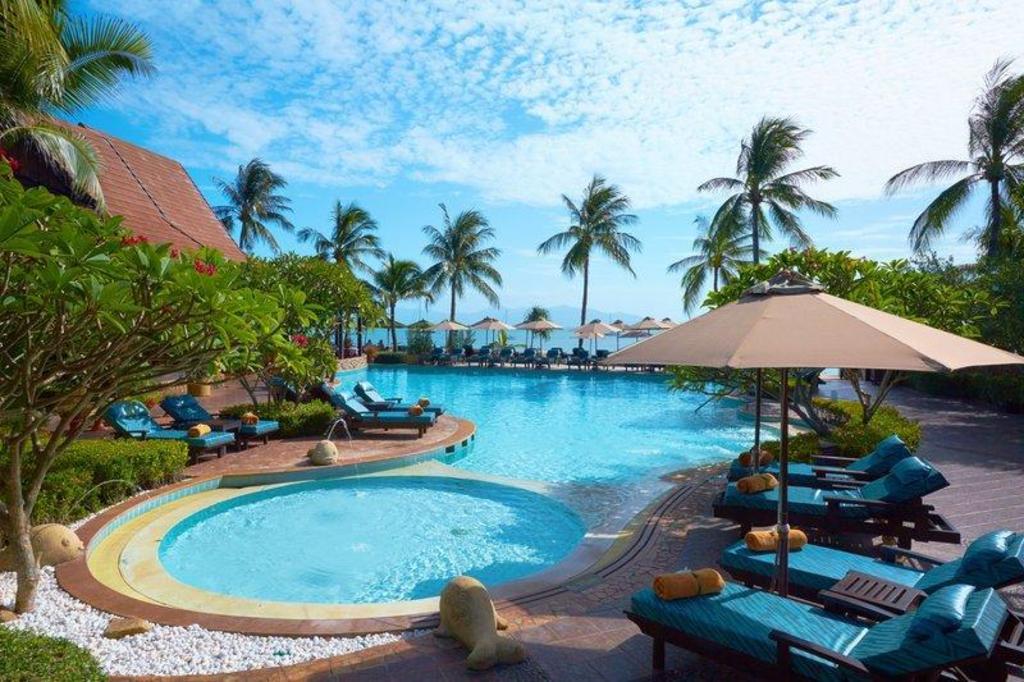 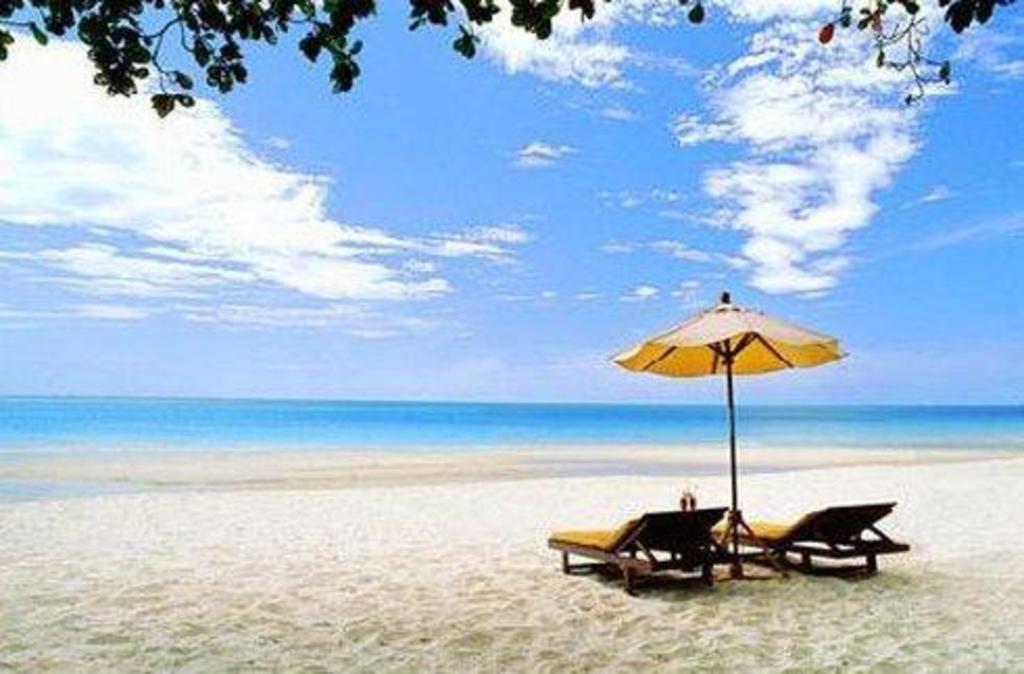 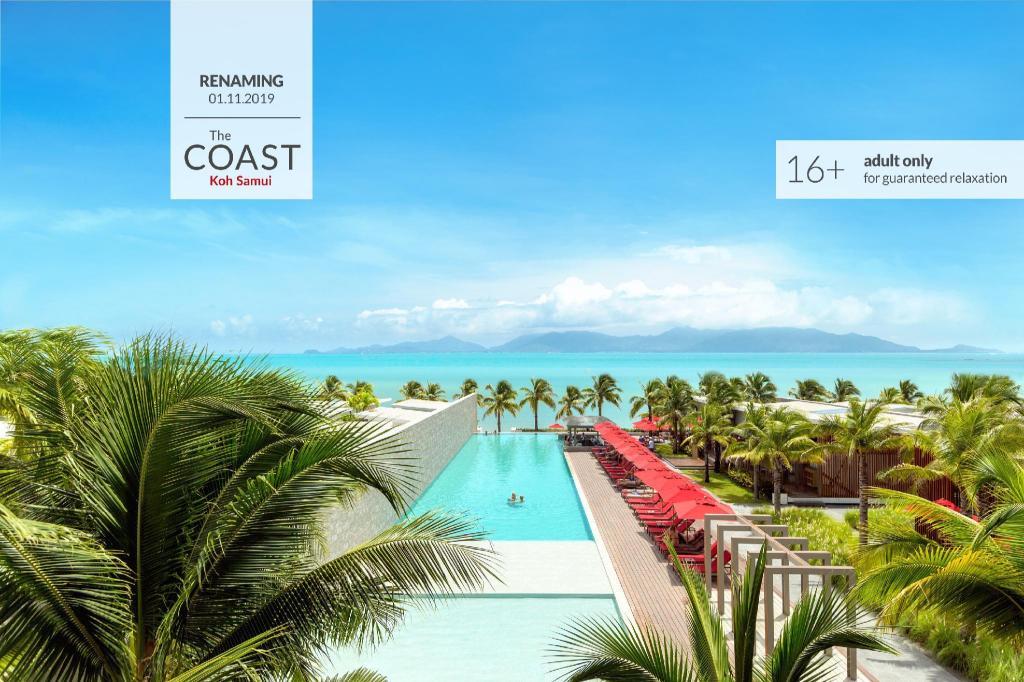 The COAST Adults Only Resort and Spa - Koh Samui 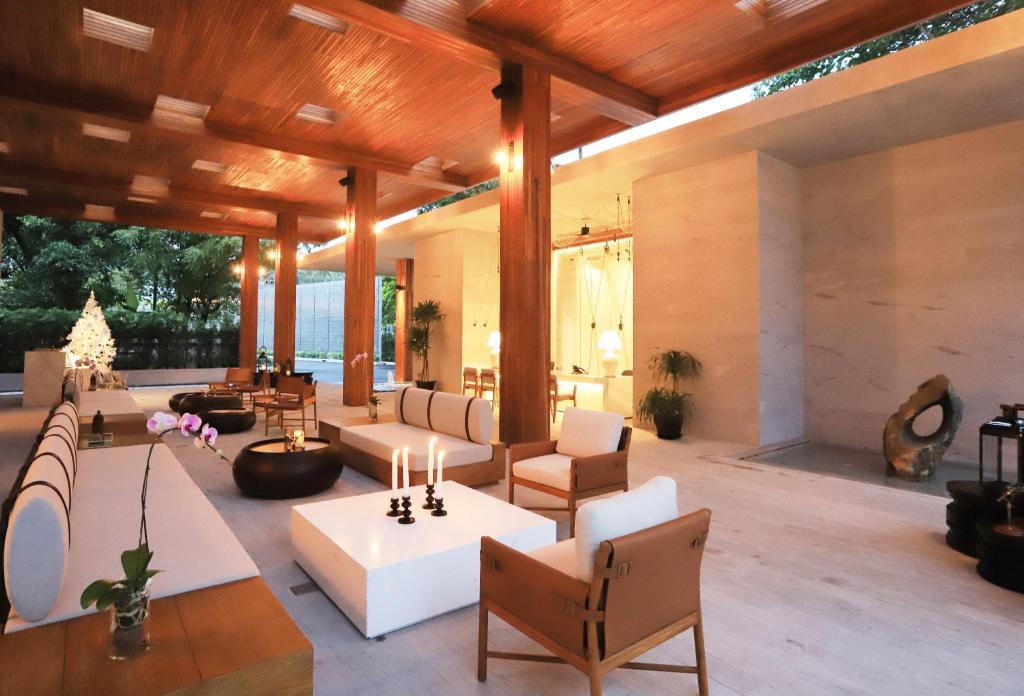 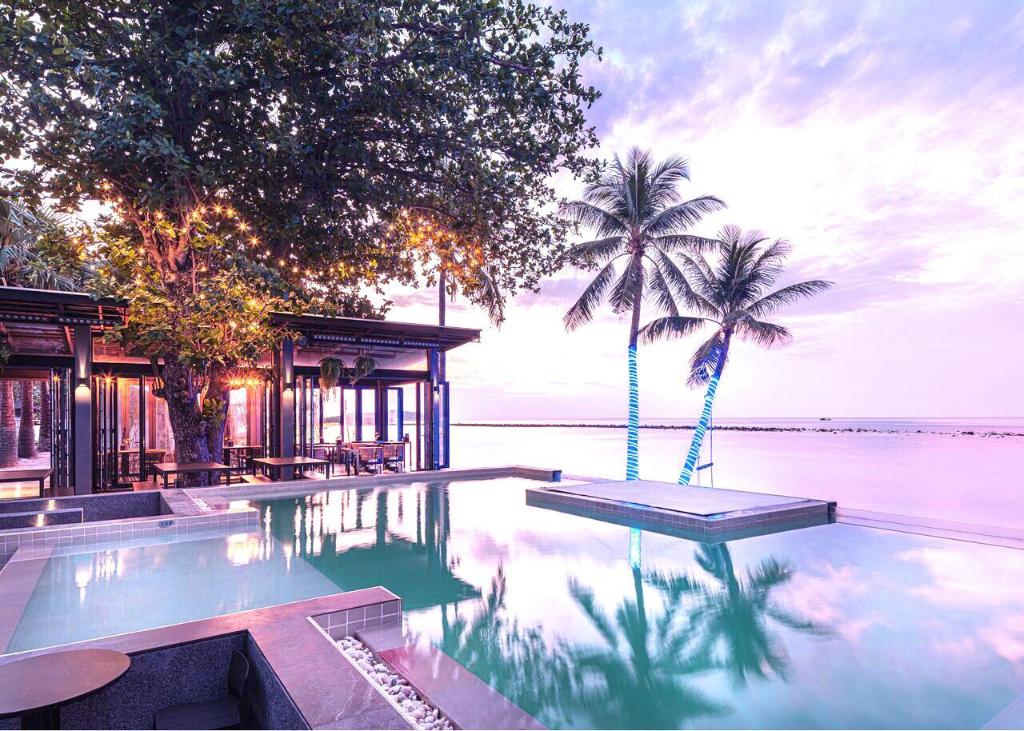 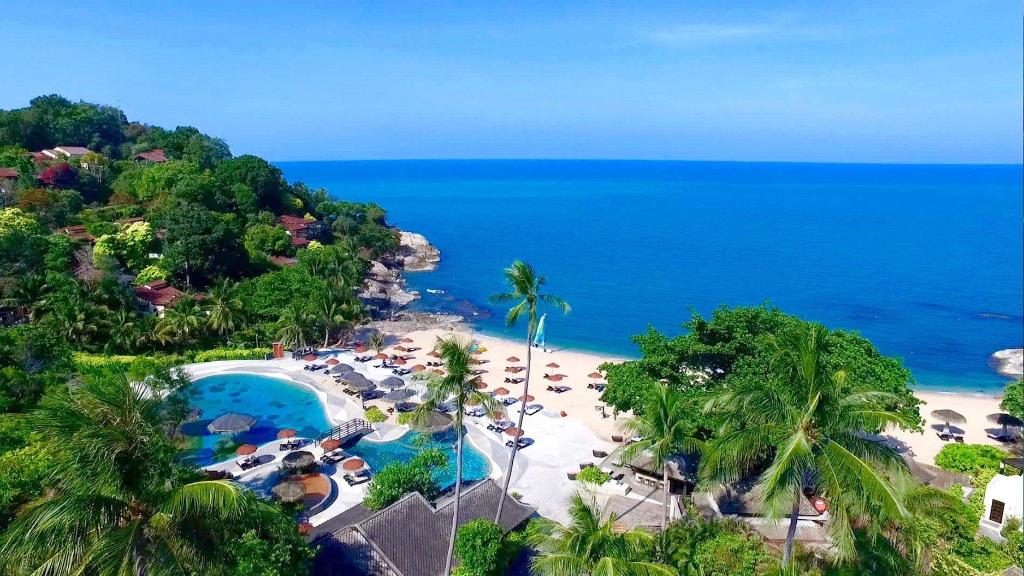