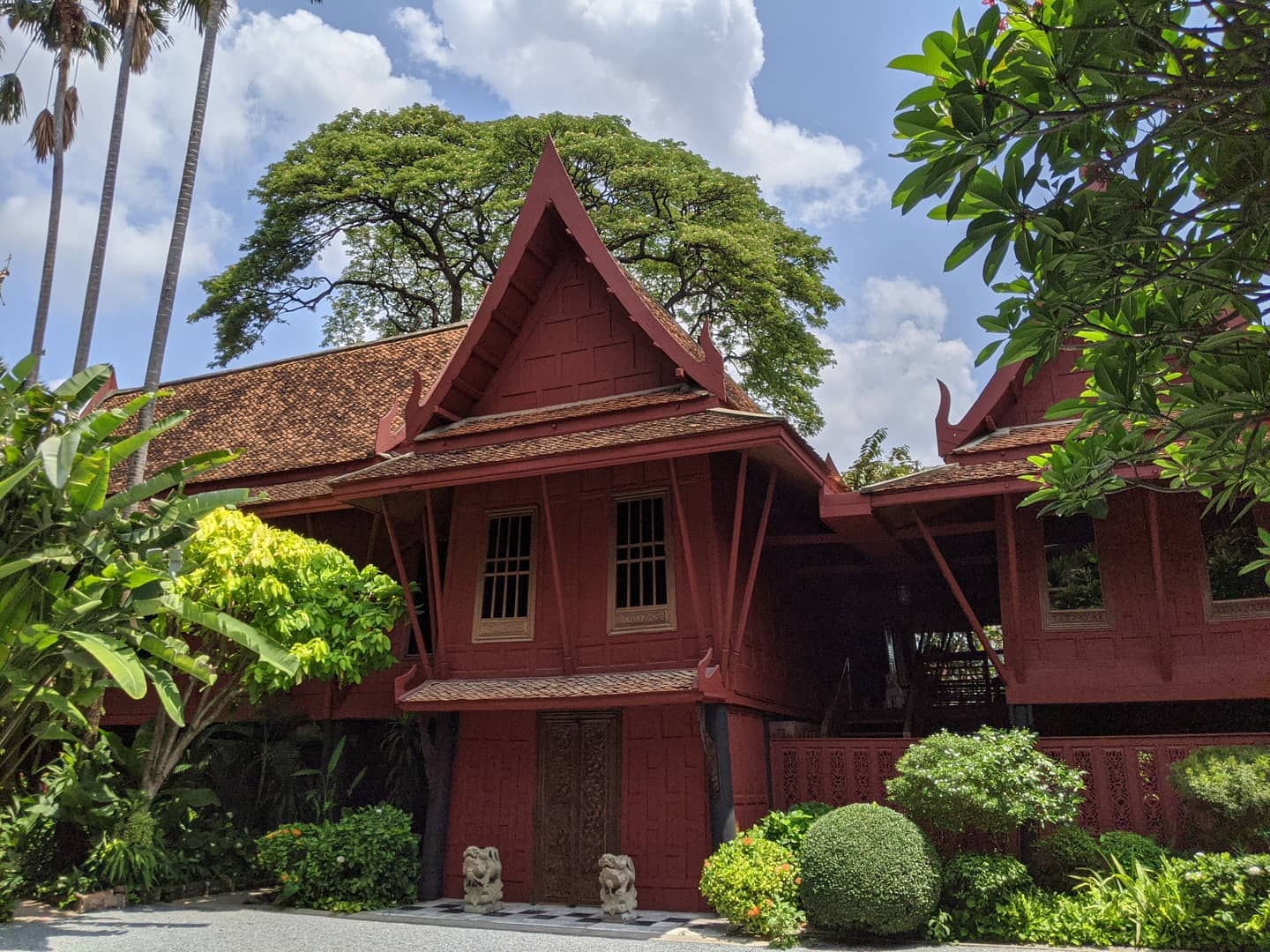 Of all the players in Thai history, Jim Thompson is probably the most mysterious. An American serviceman attached to the O.S.S., he settled in Thailand after the Second World War and was fascinated by the art of hand silk weaving. Thompson put his efforts into revitalizing what was fast becoming a forgotten craft and played a major part in the growth of the silk production in Thailand and raising the profile of Thai silk around the world.

The site of Jim Thompson’s House comprises six wooden (teak) buildings that were brought to Bangkok from various parts of the country (including one from Ayutthaya). Everything about the site was designed with authenticity in mind, and Thompson brought in antiques where he could and employed traditional craftsmen to offer other refinements. Thompson moved into the house in late 1959 on a date deemed auspicious by a Thai astrologer.

The site housed a fine art collection and the site generated so much interest that Thompson opened his house to the public and gave proceeds to trusts and charities dedicated to preserving Thai design, art and culture. What added to Thompson’s fame in Thailand was his sudden disappearance in 1967. Thompson disappeared in Malaysia without leaving a trace and what happened to him remains a mystery to this day.