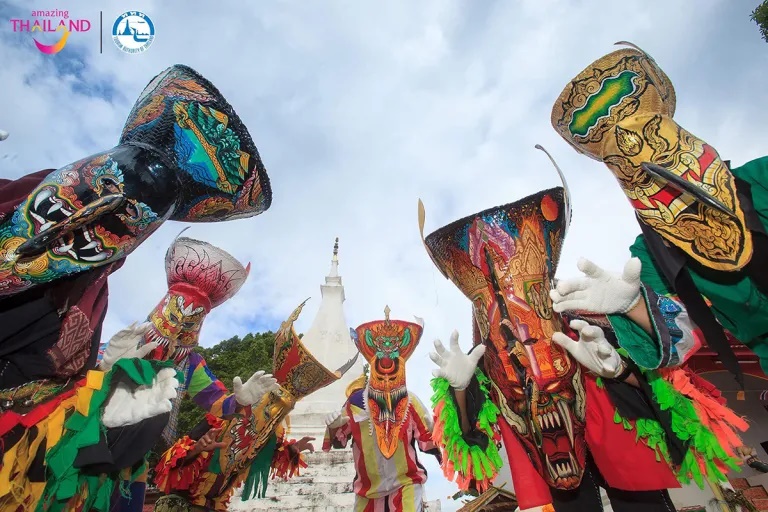 Also known as the Ghost Festival, this unique annual celebration is full of colour, culture and tradition.

The Tourism Authority of Thailand (TAT) is pleased to invite all tourists to experience the colourful and intriguing Bun Luang and Phi Ta Khon Festival – also known as the Ghost Festival - which will be held from 1 - 3 July, 2022, in Dan Sai district of the Northeastern province of Loei.

This unique annual celebration - that sees the local villagers dress in distinctive and boldly colourful masks and headgear to partake in the carnival atmosphere – is a popular date on the festival calendar. The most recognized feature and a highlight of the event is the parade of the costumed villagers through the town.

Along with the grand parade, there are various other activities throughout the three-day festival which include traditional rituals and Buddhist ceremonies at Phon-Chai temple.

In this year’s programme, the activities on the first day (Friday, 1 July) include food offerings to monks at the temple, a summoning of spirits ceremony, a cultural ceremony and stage performances.

The festival’s official opening ceremony in front of Dan Sai District Office on day two (Saturday, 2 July) will be followed by a summoning of spirits and then the grand parade, making of merit and firing of bamboo rockets.