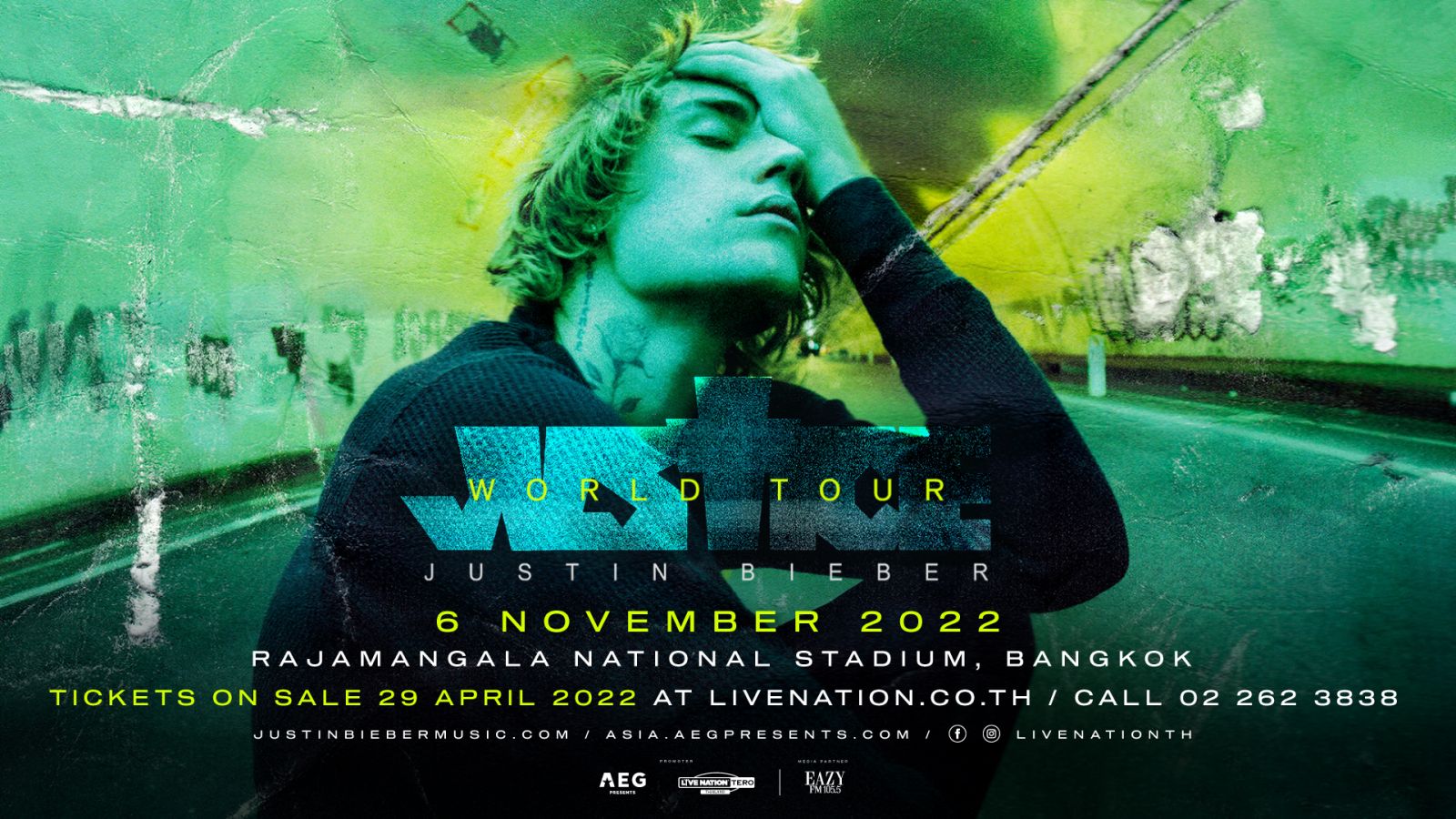 Justin Bieber has announced a new tour schedule for the much-awaited "Justice World Tour" including a show in Bangkok that will be held on Sunday, November 6, 2022 at the Rajamangala National Stadium.

Exhibited by AEG Presents Asia and Live Nation Tero. Tickets to “Justin Bieber Justin World Tour Bangkok” prices start at 2,500 Baht, available from Friday 29 April at 10.00 onwards via www.livenation.co.th and at Thai Ticket Major For more information, call 0 2262 3838. This event will be held under the measures to prevent the spread of COVID-19.