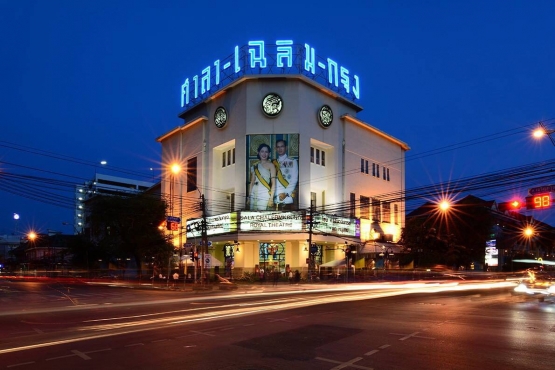 Opened in 1933, Chalermkrung Royal Theatre (Sala Chaloem Krung) specialises in performances of ‘Khon’ – traditional Thai dances of around two hours in duration which carry a storyline based on aspects of Thai history and ancient Thai myths and legends. The theatre was built as a royal project and features high-tech lighting and sound which add an entirely new dimension to this classical dance art. Other Thai performing arts (cinema, etc.) are staged at the theatre throughout the year. Khon is staged annually during winter months and plays are staged all year round. Whether or not the theatre warrants a visit is entirely depends on how much time you have, your interest in the theatre and what’s on. Best to call first to find out the current performance schedule.

Details: The theatre is open 10:00-18:00 daily. Admission is charged and dependent on what is staged.

How to get there: The Chalermkrung Royal Theatre is located on the corner of Charoen Krung Road and Triphet Road. Saen Saep canal ferry takes you within walking distance of the theatre.

The following buses will get you there: