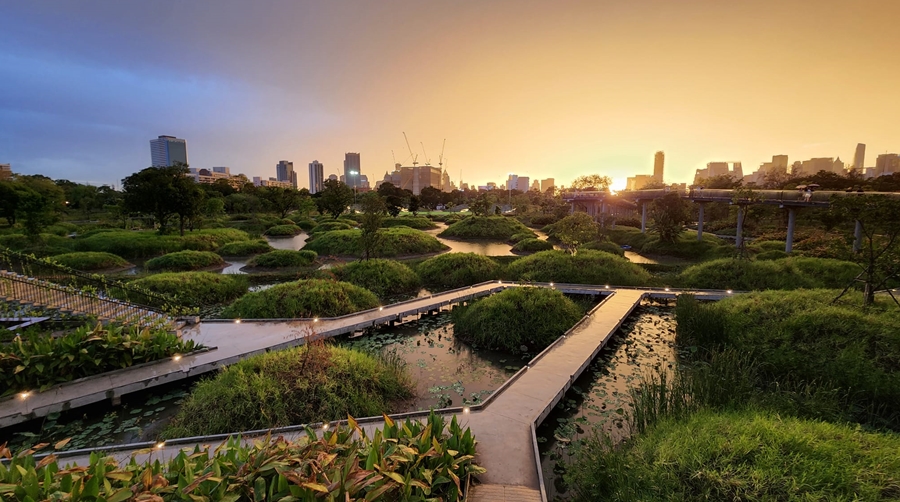 Benchakiti Park is a public park in the Khlong Toei District of central Bangkok and is located next to the Queen Sirikit National Convention Center. It is located on the former site of the factory belonging to the Tobacco Authority of Thailand. It was officially opened in 2004 to honor the 72nd birthday of Queen Sirikit. In addition, as 1992 was the year of the 60th anniversary of Queen Sirikit, the cabinet decided to dedicate the park as a tribute to His Majesty the Queen, who named this public park "Benchakiti Park" and proceeded to preside at the park's opening ceremony on December 9, 2004. It includes a central boating lake, an outdoor recreation area, a cycling track and a path that is used by walkers and joggers. A major expansion of the park was approved in 2006. The expansion is planned to fully open in 2022. The park is bridged to Lumpini Park.

How to get there: MRT the Queen Sirikit National Convention Center Station Exit 3.